I've started working on an automatic chord recogniser for audio. It's something I've wanted to try out for a while but hadn't found the time until recently! It seems like a neat project :) I'm still in the beginnings, but I'm going to talk about what I have so far.

The feature extraction technique I'm starting with comes from a 1999 paper called "Realtime Chord Recognition of Musical Sound". Nineteen-ninety-nine was a long time ago, but the features are really intuitive and involve some fun simple musicology and DSP. I think it's a really nice place to start – I might try some more exciting (read: time-consuming and complicated) techniques later on, once I've got my teeth into things more.

In Western tonal music, we divide frequencies into semitones which follow a logarithmic scale. Every 12 semitones, we double frequency. A group of such 12 tones, or that distance, is called an octave. 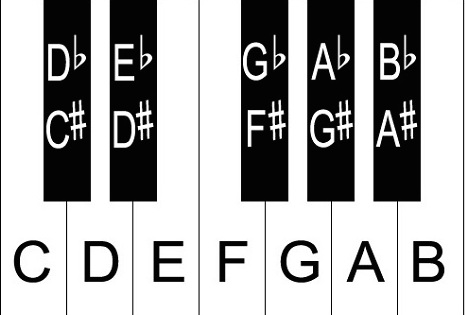 The chromagram feature is a 12 dimensional vector, with each entry giving the relative intensity of a chroma, e.g. A or C#. Chroma simply refers to a note regardless of octave. It's a nice name! Chromagrams are also known as Pitch Class Profiles, but I thought the former was much cooler :D

How do we calculate chromagrams?

Time for some fun musicology and DSP. To calculate a chromagram, we want to know which chroma are present in a time-sample, and their intensity. This is a perfect job for a Fourier Transform. We take the DFT, then, in short, put the DFT bins into chroma bins. We effectively sum the DFT components that correspond to chroma frequencies (or come close). Here's the maths:

$M_k$ tells us the closest chroma to the DFT frequency bin:

$X_k$ is the DFT, and $C_c$ tells us the intensity of the chroma $c$ by summing DFT components where the spectral bins land in the chroma bins.

I currently have a functioning chromagrammer in Python 3, along with some generic audio processing, and a script for generating tones and chords for testing. There are some issues, and I've had some silly bugs along the way, but I'm enjoying it. Here is one of my favourite pieces of code. All it does is produce overlapping frames of a signal, but it's very neat :D

I'm using hypothesis for property based testing, which I'm really getting into. Here's an example test, which actively finds example inputs that will break the test. My tests are so much more useful with this!

It's not a very exciting test, but I can be confident my code works for a variety of values, and it saves me having to make up dummy data.

I've started using seaborn for plotting my graphs, rather than plain old matplotlib. It's amazing! Everything looks so pretty. Here's part of a Mountain Goats song's chromagram plotted for a bunch of time samples. Nice! 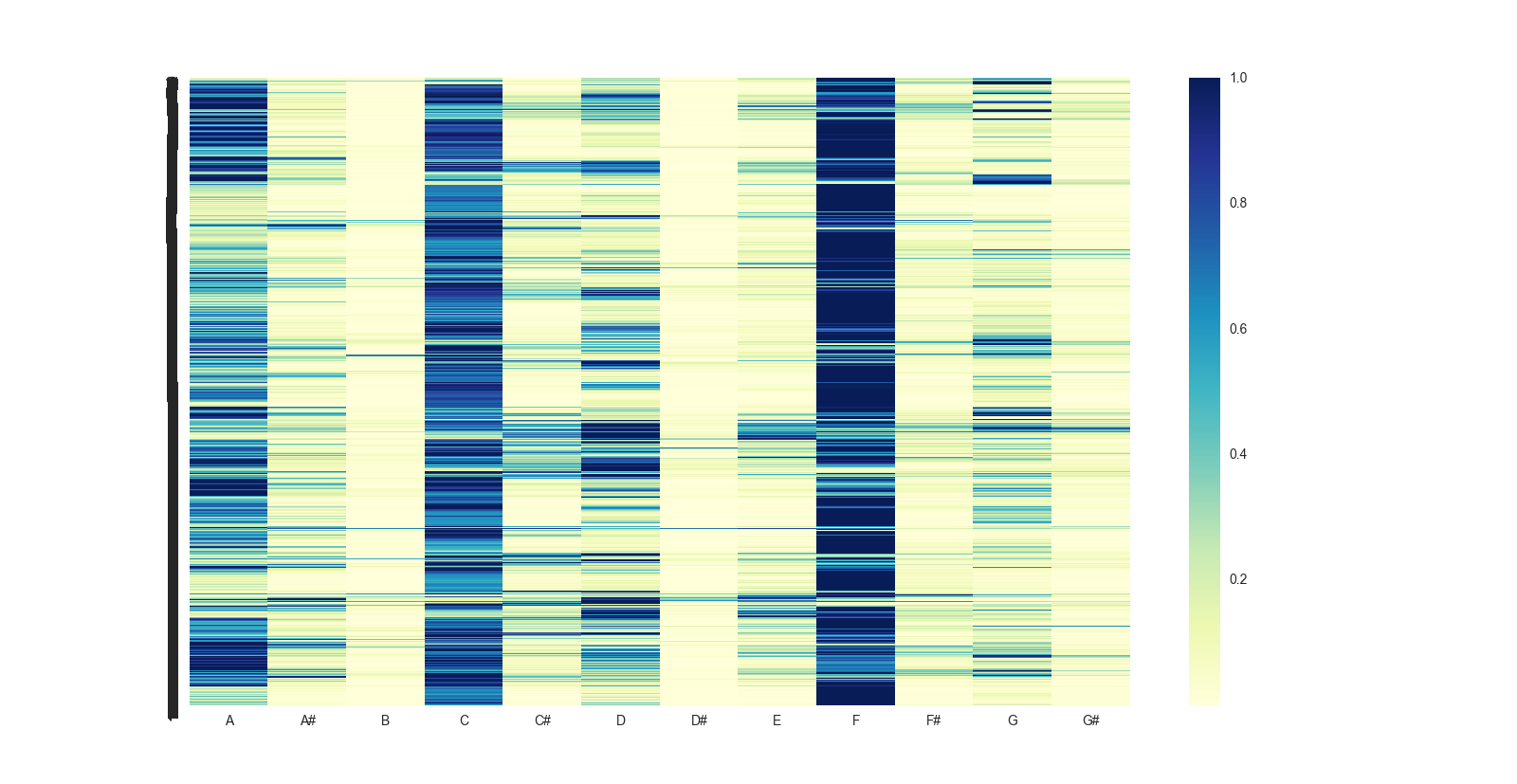 I want to try and update my blog with how my project is going. I'm really enjoying it and I'm excited about the different ways it can go. There's a lot of scope for some cool Machine Learning and DSP! I really like the neat intuitive features I'm using at the moment, but I'm excited about what else I could use :D You can check out the code here at the github repo. ::: :::